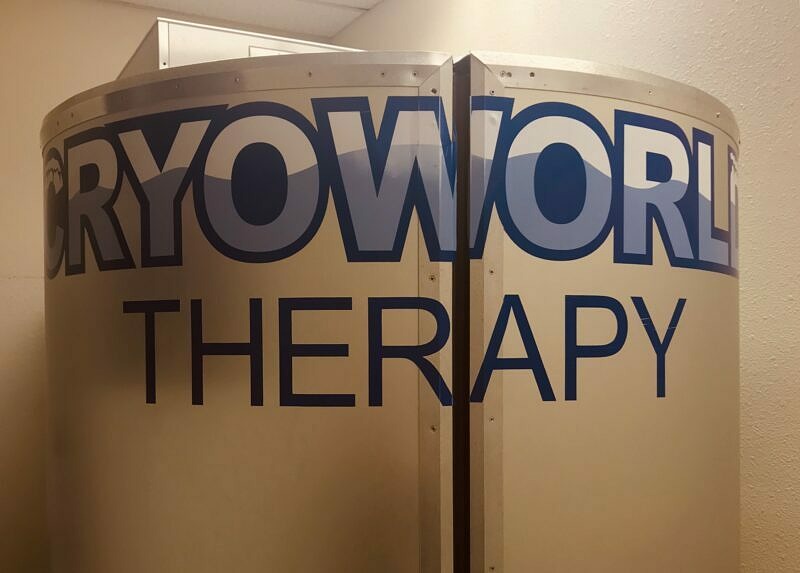 As an athlete (and like other athletes as well), soreness, injuries, or your basic muscle tweaks are par for the course. I’m always looking for ways to shorten recovery time so that I’m always performing at my most optimal level for a workout.  Performing at full optimization all the time is not likely, but any little thing that mitigates even the slightest feeling of sluggishness or soreness isn’t a bad thing.

I’ve done ice baths, saunas, and even hot yoga and those seem to help a great deal for soreness and stiffness. Another thing I found helpful are frequent trips to the Chiropractor with an on-site deep-tissue masseuse. I think I benefit most from the masseuse, but a Chiropractor helps to make sure all the bones and joints are aligned so that muscles are not being pulled in a direction that they shouldn’t be. The latest in my arsenal is experimenting with Whole-body Cryotherapy (WBC). The science is still out on the full benefits of WBC, but the little research that’s out there all agree on one thing. WBC helps with inflammation during sporting recovery, but even those findings are still preliminary. A lot of studies have been on populations of less than 100 subjects, and typically the subjects are highly athletic subjects. The anti-inflammatory markers in most studies show very promising results, but it’s difficult to extrapolate those same markers to a broader, non-athletic population. Either way, it seemed like the anecdotal evidence was enough to experience this for myself.

The entire process is short (approximately 3-4 minutes), but the after-effects are felt for quite some time (30 minutes to an hour). You strip down to your underwear and step into a machine that has an internal temperature of about -125 degrees Fahrenheit. Once in the machine, the temperature drops to about -225 degrees Fahrenheit over a period of about three minutes. During this time you can move around a bit, but not much because of such a confined space. It’s quite a unique experience and the cold doesn’t hit your body as much as I thought. I thought that it would be a sensation equivalent to an ice bath where you get in, and your body is screaming at you to get out. It wasn’t like that at all. Oddly enough, I found it to be quite soothing. I was expecting a much more extreme reaction but was much more subtle than that. It’s not until you get out that you feel the effects of the cold. When you are in the “cryo”, your body experiences vasoconstriction (narrowing of blood vessels) and when you exit the “cryo” is when you truly feel the effects from the sudden vasodilation (widening of blood vessels). This sensation is an immediate feeling that lasts for quite some time.

The effects range from relief from muscle soreness to a temporary feeling of euphoria. The euphoric feeling is difficult to explain because it’s a physical sensation. This must be due to the flight-or-flight hormones that are released by being exposed to extreme cold and causing an endorphin boost as well as the sudden vasodilation. It’s a very energizing and exhilarating sensation that is similar to an adrenaline rush but not as overpowering. It’s almost like being able to physically feel your blood circulating, and this sensation lasts for about 20 to 30 minutes. It’s quite the unique experience.

One thing that I have noticed is that the more frequent the visits the better the results, and the results (at least for me) have been quite noticeable. I feel that my recovery periods are shorter and there is relief from muscle soreness and tension. The one thing that is unclear is whether or not this method is truly any better than an ice bath or localized cryotherapy (i.e. ice packs directly on specific muscles). In other words, is there added value to this form of therapy versus the less expensive home remedies. The jury is still out.