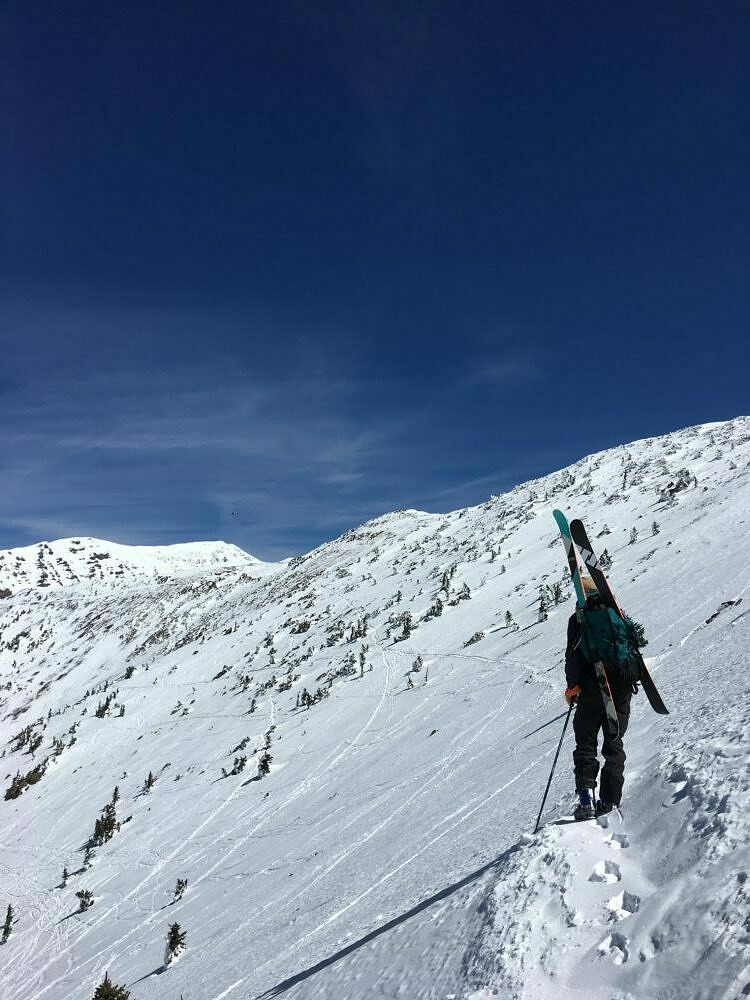 I know technically it is still summer, but the saddle months are rapidly approaching, and it is never too early to get ready for ski season, and by ski season I mean backcountry ski season. I always believe that preparation for any sport is a crucial component for making it an enjoyable experience. That’s not to say that even with preparation there won’t be any challenges. The challenge is the reason to pursue it, but it’s important to prepare to mitigate injury and have “Type A” fun (i.e. fun in the moment and not “Type B” fun, which is fun after the fact).

One thing that I found useful in getting physically prepared for ski season is to engage in complimentary sports during the off-season. The primary muscle groups that are targeted during skiing are your lower body muscles (Quadriceps, hip muscles, hamstrings and claves) and your core, so engaging in a physical activity in the off-season that engages the same muscle groups is a great way to prepare for that first day of powder. For example, I have found that mountain biking is a good compliment to skiing because it engages a lot of the same muscle groups, and to a degree, the same movements. Running or Trail-running is good too, but I have found those activities don’t quite target the muscles the same as mountain biking does. Another advantage that mountain biking has over running is getting the same downhill sensation you would get when you’re skiing, so mountain biking provides the same mental sensation as skiing known as “flow state”. Mountain biking is the only other activity I have found to provide the same “flow state” sensation, which is just as important as the physical similarities between the two sports, so that when it comes time to hit some powder turns, not only are the muscle groups conditioned, but there’s also been the mental preparation.

Besides targeting the same muscle groups, mountain biking also engages the same aerobic exertion you would experience when backcountry skiing. For example, pedaling a bike uphill engages the heart rate the same as skinning uphill, so just from an overall aerobic exercise perspective, there are many similarities, so having a good understanding of your aerobic thresholds can be useful, especially when you are in the backcountry. Having that understanding will make you a better planner while in-country because you’ll know how to move effectively and efficiently without unnecessarily wasting energy. Developing strength and lean muscle mass is a good addition, so frequent trips to the gym will only enhance your preparation. Focusing on squats, core work, and some upper body work to round things out is never a bad thing.

If a backcountry trip is in the cards for you this coming winter, then following a training plan wouldn’t be the worst idea. There are a lot of training plans you can follow and there are tons of information out there to help develop a training plan, but one book that I have found to be good is Training for the New Alpinism. There’s a lot of useful information in this book that you can leverage to develop a good training plan.

So don’t wait for winter to get ready for winter. Start your preparation now so that when the first snow comes and blankets the earth in a sheet of white, you’ll be ready to lay down some skin tracks followed by quad-burning powder turns.